Alison Wonderland has added to the Mike Baird pile-on following the NSW Premier’s controversial post about the state’s lockout laws.
Baird posted the 400 word rant yesterday on Facebook, defending the tough crackdown on alcohol-related violence and describing vocal opposition to the restrictions as a “growing hysteria”. The post has since racked up thousands of comments blasting him for destroying’s Sydney’s late night culture, cherry-picking and skewing statistics and being in the pocket of the casinos, which are excluded from the lockout zone (#casinomike has even started trending on Twitter today). 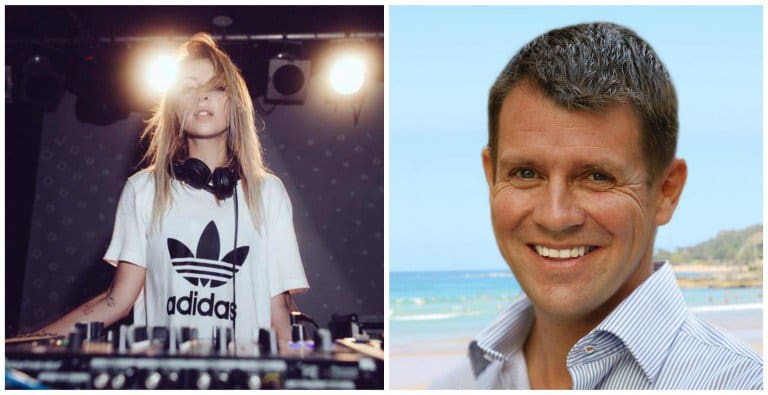 According to Alison Wonderland – who is currently in the middle of a North American tour – Sydney’s reputation on the global stage has taken a battering. “Words can’t explain how embarrassed I am that my home, the most beautiful and once most vibrant city in the world has become a laughing stock internationally,” she wrote. 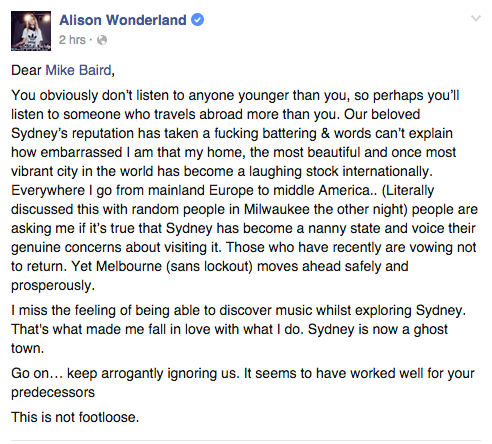 She also slammed Baird for his arrogance towards young people and for turning Sydney into the evangelical Christian town from Footloose. “I miss the feeling of being able to discover music whilst exploring Sydney. That’s what made me fall in love with what I do. Sydney is now a ghost town.”
Local dance acts Flight Facilities and Nina Las Vegas also shared their thoughts on Baird’s Facebook post yesterday.

Today Baird has copped more flak for allegedly deleting comments from his disastrous Facebook post, though his social media team deny the accusations. “It is absolutely not true we are deleting posts,” they told News.com.au. “Not one single post… We would normally delete abusive or threatening posts but we have let this thread run totally free.”