After 14 years as a flagship instrument, Moog has finally announced the retirement of the Moog Voyager, the instrument which arguably made analogue cool again. Dave Gale explains the appeal of this legendary synth… 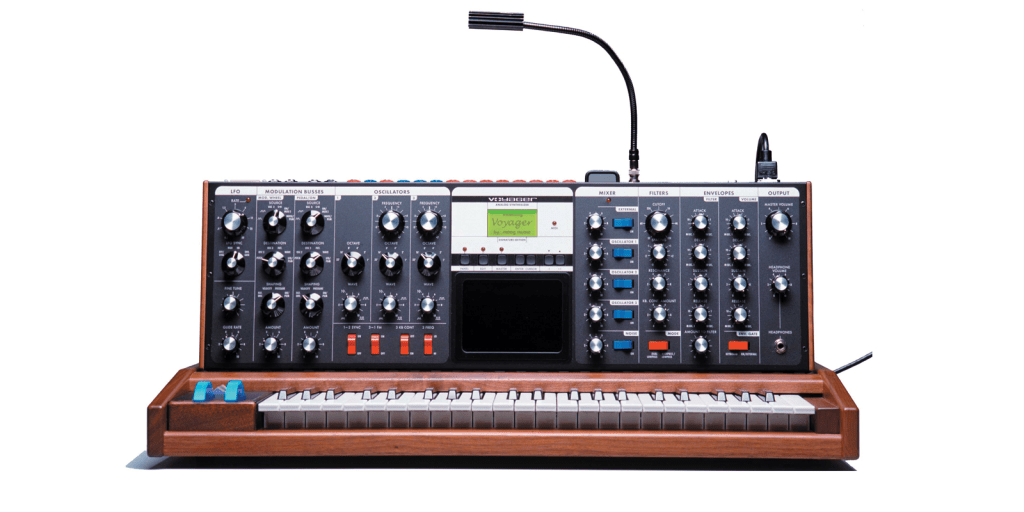 About 12 years ago, on a wet and windy Saturday, I made my way up to the West End of London to have look at a new synthesiser, which was the rebirth of the classic Minimoog. Knowing I was probably going to be seduced by something pretty special, I made sure I had sufficient funds in my bank account – just in case, you understand…

Needless to say, by the time I left the West End, my bank account was lighter in cash, and I was carrying a very heavy box with ‘Voyager’ written on the side.

Having had considerable success in the 60s and 70s with modular synthesisers, Dr Bob Moog (pronounced ‘Moge’), the inventor and designer of the legendary Minimoog Model D, experienced a rather unceremonious fall from popularity, in the mid-80s.

Thanks to the availability of digital synths, and arguably the failure of Moog to keep up with these trends, Japanese companies such as Roland, Korg and Yamaha, started to make ground on the synthesiser market, with a much cheaper price point. However, Bob began to find fame again in the 90s, thanks to a series of pedals, which bore the name ‘Moogerfooger’. These were originally made under the name ‘Big Briar’, as Bob had lost the rights to ‘Moog Music’ which he won back some years later, but in complicated circumstances. 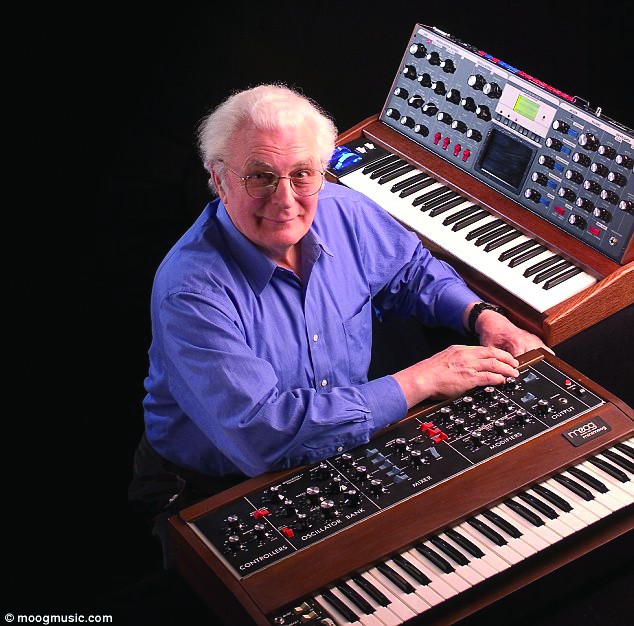 Riding the Wave
So what is it about the Voyager that makes it so legendary? This is largely down to its architecture, so let’s start with the oscillator section.

Unlike many other synthesisers, most of which may have one or two oscillators, the Voyager had three full-audio-range oscillators. Admittedly, oscillator two and three could be assigned to other duties, but for many, the former is key to the Minimoog sound, and indeed, the Voyager.

Oscillator one was fixed in pitch to one of six octaves, selected by a range potentiometer, but oscillator two and three could be swept in frequency (pitch), meaning that you could create and control the detuning of a single note, and as a result of detuning, that note could sound thunderous and
full of analogue goodness!

It also meant that chords could be created, whether open 5th, octaves or more. This was hugely useful and flexible, and something of a calling card for the likes of Keith Emerson and George Duke.

Unlike its forefather, the Voyager also had the ability to sweep through waveforms within each oscillator, so as well as the more usual modulation
of pulse width of square waves, there were also options to sweep from a triangle, through to a saw tooth, and on to the square/pulse waves.

Filtered by Design
The section which seemed to generate the most interest was the filter, which thanks to a ‘spacing’ control, would give a fantastic stereoscopic effect, when swept. The best way to think of this is a dual filter, with one filter on each side of the stereo mix.

This could conjure up a sense of space in a patch, but above all, it was a classic Moog transistor-ladder filter, with all the beauty that this circuit had to offer.

It was also switchable between dual lowpass and highpass/lowpass modes. This was out of step with the favoured filters of the day – in the shape of whistly digital incarnations or TB-303-style filters – but its rich timbre, which is the Moog-filter calling card, could also be modulated by the dedicated filter ADSR envelope.

The Voyager envelopes were incredibly snappy, and perfect for those Hi-Q drum sounds, and earth-shattering kicks. One of the biggest enhancements over the original Model D, was the addition of MIDI and patch memories, bringing the Voyager completely up-to-date for studio use.

The ability to update the onboard operating system was also a very useful facility, as tweaks and new functionality were added with each revision. It was still possible to do some of the old Minimoog tricks, such as taking the headphone output and feeding it back into the external input.

In fact, the external input became very popular with artists playing in a DJ setting, often running tracks from a DAW, such as Ableton Live, directly into the filter to allow filter movement on the fly while playing live. Notable exponents of this method were Daft Punk, who used no fewer than four Moog Voyager Rack Editions in their live rig, in the ‘Pyramid’, as part of their 2006/07 tour.

The steely blue backlight, coupled with the shine of the casing, was very industrial. The rather substantial XL model was one of the later model revisions, and apart from the obvious extension of the keyboard, the XL turned the Voyager into something semi-modular, allowing access to many useful patch points.

For my money, I always preferred the more traditional concept, with the no-thrills classic look, except that this is a contradiction in itself. There were plenty of thrills to be had in a synth which looked like the original Mini.

So much so, Moog produced the Voyager Old School, which really did extend back to Model D roots, by way of removing all the MIDI and patch memory technology and making it very much a performance synth.

I can see the charm of this; I like to use my own Voyager this way, enticing me in with something interesting every time I switch it on; however, the patch memories are of course so useful for saving that killer sound. Regardless of which model one might have, they all have an organic heart and soul – hand-built, one synth at a time, in Asheville, North Carolina.

What’s In A Name?
Bob Moog lost the rights to the name ‘Moog Music’, after the original company went bust in 1983, and the trademark name was allowed to lapse. This opened the door for a Welsh gentleman, Alex Winter, to purchase the name, quite legally, and start making Minimoog replicas, which came to be known as ‘Welsh Minimoogs’. 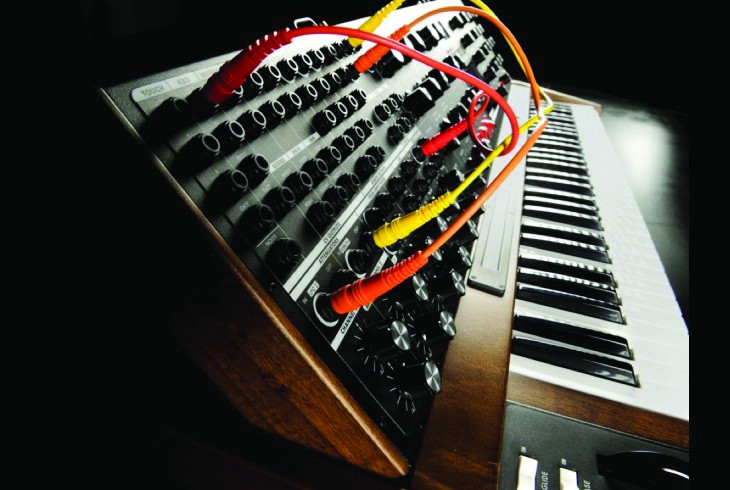 So when Bob wanted to start selling Voyagers, he eventually managed to buy back the rights to the Moog Music brand around the world, except in the UK. This meant that when the Voyager was first released, it was known as the Moog Voyager everywhere except the UK, where it was known as the ‘Voyager By Bob Moog’.

Eventually, he won the name back, and Moog Music arose from the ashes. However, a name was still required for what became known as the Voyager, so Bob decided to launch a long-running competition, where he asked the general public to suggest names for the new version of the classic.

There were some rather dubious suggestions, such as ‘Moogabooga’ and ‘Deja Moog’, but thankfully, common sense prevailed – and in a possible nod to such instruments as the Arp Odyssey, the Voyager was born.

What Now?
At the time of writing, there are still brand-new Voyagers out there, but with their imminent disappearance from the market place, there is a void to be filled. So what else could you consider for that Voyager sound? Moog continue to produce classic synths, so the Mother-32 or Sub 37 are obvious starting points, but if you want to look at other hardware, the Studio Electronics Boomstar 5089 is a two-oscillator affair, with the classic Moog ladder filter. 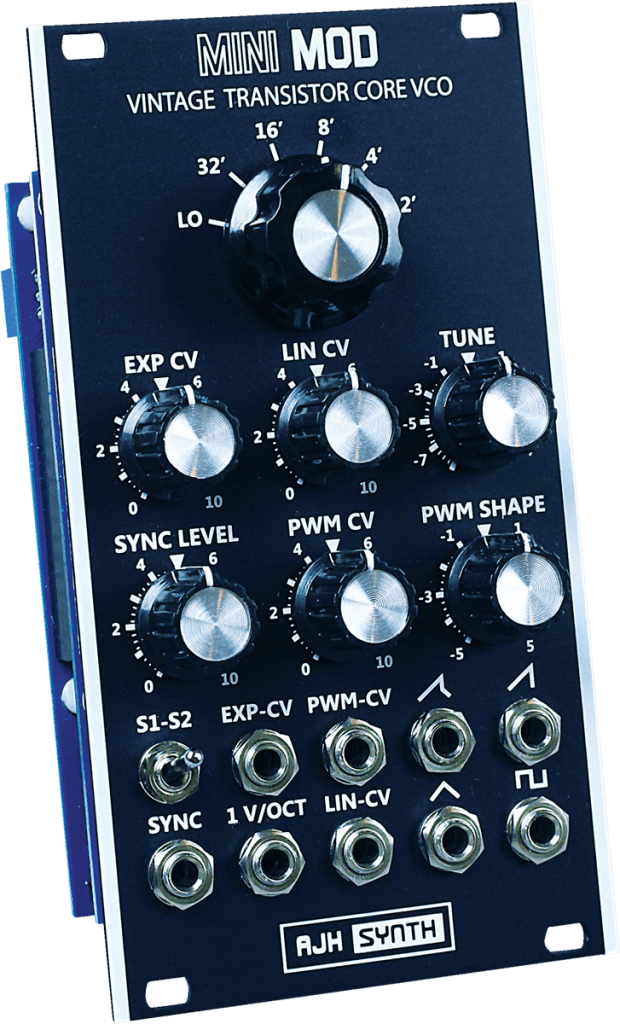 If you have a Eurorack, the AJH MiniMod modules are superb, being modelled on the original Model D. The AJH modules are about as close as you will find to a Moog, without having Moog written on the front.

If software and budget are more appropriate for you, the Arturia ‘Mini V’ is an outstanding software emulation, with the added advantage of a few extras that the Minimoog/Voyager couldn’t do, such as polyphony!

Open Arms
One of the things that was so wonderful to see as the Voyager was released to the world was the huge amount of love that there was for Dr Bob. His fall from favour, for many, left a feeling of unfinished business, and the reinvention of such an iconic instrument seemed to square the circle.
There were many people who were keen to get their hands on the reincarnation.

One such person was Rick Wakeman, who also programmed a series of patches for the Anniversary Edition. Other celebrity users of the Voyager include Thomas Dolby, Hot Chip, Hans Zimmer, and Air.

The Voyager was the last synthesiser that Bob Moog worked on, before he died on 21 August, 2005. Moog Music has since moved on to other synths, employing a slightly different architecture, as seen with the Phatty, Sub Phatty and Sub 37, but the similarities and the heritage will always be there, as a reminder of everything that Dr Bob achieved.

Moog is currently staying very tight-lipped about the shape of things to come. The company has been busy using up new ‘old stock’ components on rebuilds of their classic modulars, but with the price tag that these attract, the withdrawal of the Voyager leaves a gap in their product line.

Will there be something to replace it? I expect so, but at this time, there is no definite hint. One thing’s for sure, Moog set a very high benchmark when it introduced this classic, and it’s one that many synthesists and companies will aspire to for a long time to come